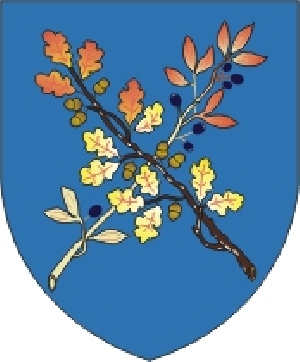 Dzerzhinsk - a city in the center of Minsk region, one of the fellow towns of Minsk, the capital of Belarus, which is located 38 km far from it. Dzerzhinsk is an administrative center of Dzerzhinsk District, located near the large republican highway М1 - Minsk-Brest, which is part of the European route E30 and Berlin-Nizhny Novgorod transport corridor. The city has a railway station Koidanova and one stop Dzerzhinsk on the Minsk-Baranovichi railway. The city has excellent transport accessibility - it is connected with the capital by route taxis and electric trains. So, it takes about 15-50 minutes to travel from Minsk to Dzerzhinsk, depending on the transport.

Dzerzhinsk is special because there is the highest point of the Republic of Belarus - Dzerzhinskaya hill (345 m above sea level). The northern part of Dzerzhinsk District belongs to the Minsk Upland, and the southern part to the Stolbtsovskaya Lowland. Because of the hilly relief of the district, a watershed between the basins of the Black and Baltic Seas are located here. The Ussa River and the Ptich River, which flows into the Svisloch River, start here.

History of the development - Dzerzhinsk

Dzerzhinsk is considered to be the ancient city in Belarus, which changed its name three times. The first name, which was mentioned in the middle of the XII century, wasKrutogorie, it was associated with the description of the stone castle with the menagerie in 1146. Its second nameKoidanova was firstly mentioned in 1439, when one of the first churches in Belarus was founded here. In the middle of the XV century Koidanova was ruled by Mikhail Zhigimontovich, Prince of the Grand Duchy of Lithuania, and then the great-grandson of Dmitry Donskoy, Vasily Mikhailovich Vereisky. After his death, the settlement passes to the Gashtolds. At the beginning of the XVI century the city was twice burned by the Crimean Tatars. From 1550, Koidanova passed into the possession to Nikolai Radzivil Rizhiy, whose clan ruled the city until 1831. In the second half of the 16th century Koidanova becomes one of the largest centers of Calvinism, in 1564 a wooden Calvinist church was built here, but unfortunately it has not survived to our days.

After the second section of the Commonwealth, Koidanova became part of the Russian Empire. During the war of 1812, the city was captured by the French, where food depots were located. On March 19, 1921 in the result of the signing of the Riga Peace Treaty, Western Belarus became a part of Poland, and the Soviet-Polish state border with a length of about 40 km passed through the district. The railway station «Negoreloye» became a western gate of the USSR, from where trains moved to the Far East.

In May 1932 Koidanova received the status of a city, on June 29, 1932 it got a name Dzerzhinsk in honor of the native F.E. Dzerzhinski.
During the Great Patriotic War, an anti-fascist committee was created in Dzerzhinsk, in the result of the occupation five villages were burned, and about 2 thousand Jews died in the ghetto.

Dzerzhinsk is a small town, which has much to show guests. Its ancient history keeps many curious events and legends, it is associated with the names of important figures of politics and culture. Despite the fact that the city has been known since the 12th century, the witnesses of its early history have not actually survived to the present. Among the most ancient sights of Dzerzhinsk it should be mentioned Gashtoldov hill, an ancient settlement where Calvin church was built in the XVI century. Later, a whole castle complex with 9 towers, a fortress wall, ramparts and a moat formed around the temple. In the 30th of XX century the complex was finally destroyed. Now there is only a small hill with the remains of the fortress wall and one of the towers.

Religious sights play an important role in the district. Among them a wooden St. Anne's cathedral of XVIII century, which, after repeated restructuring, combines the features of baroque and classicism. Church of Intercession of XIX century is not just a beautiful temple in the center of the city, here in 2005 a miracle happened - icons and crosses in the temple began to shed tears, making the temple a place of pilgrimage. In addition, not far from the town is the tomb of the holy Belarusian Orthodox Church of the prophetess St. Valentine of Minsk, which helps to cure heart disease and infertility.

There is a monument to F.E. Dzerzhinski in the city center.
The entire history of the district from the first settlements to the present is presented in the Local History Museum, which has more than 20 collections - antiques, paintings, graphics, flora and fauna.

The real hallmark of Dzerzhinsk district is the natural object - Dzerzhinskya hill. It is the highest point of Belarus 345 m, which is located in the Skirmantovo village, previously it was called Holy hill.

There are several more attractive tourist attractions on the territory of the Dzerzhinsk district, among them - manor and park complex of Czapski in Stankovo, the center of Eco-tourism «Stankovo». The district has excellent opportunities for ecological, sports tourism and treatmrnt. The health resort «Vesta» is locatd here. The infrastructure of Dzerzhinsk has shops, several cafes, Bank branches and other services.
Due to its proximity to Minsk, visiting Dzerzhinsk and its tourist facilities is a great idea for a weekend!

reveal all text
Where to go in the Dzerzhinsk? All about restaurants, entertainment and other services

All individual and corporate tours in Dzerzhinsk