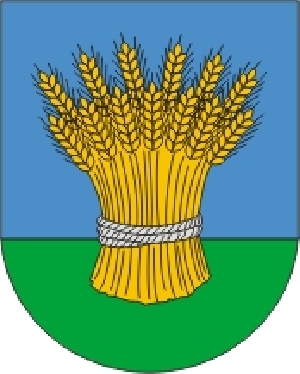 Kirovsk is the administrative center of the Kirov district of the Mogilev region. The city is located 193 km from Minsk, 89 km from Mogilev and 25 km from the railway station of the Osipovichi-Zhlobin line. The road P93 (Mogilev - Bobruisk) passes through the city, and the road P118 (Kirovsk - Lyubonichi) begins here.

History of the development - Kirovsk

The city Kirovsk is a rather young settlement. Although at this place already in the XVI century there was a settlement, which had the name Kocherichi. Once, after the Rzecz Pospolita sections, it was the center of the parish, and the neighboring village of Startsy was included in it. It was on its territory that the industry developed to a greater degree. For example, there operated a glass factory, a distillery, and a shop, tavern and school were opened. It is worth noting the vigorous activity of local residents during the First World War and the Soviet-Polish wars. Then there was created partisan detachment of Cyril Orlovsky , and a little later - the revolutionary committee.

1934 was a turning point in the history of these two villages. By decision of the supreme power, Kocherichi and the Elders combined into a single settlement, which was named Kirovsk. Sergey Kirov , whose last name formed the basis of the name, no relation either to the locality or to history Belarus as a whole did not have. At one time he was secretary of the Leningrad regional party committee, but after his death, similar place names began to appear throughout the territory of the USSR. So, in 1935, Kirovsk became the center of the district.

The Great Patriotic War brought a lot of destruction and tragic events. Already eight days after the start of the war, the settlement was occupied by the German invaders. Almost immediately, a group of underground fighters was created, who by all means opposed the spread of German power. In the future, most of them went to the Kirov partisan detachment . Liberation came only in 1944.

In 1955, the neighboring villages of Kirovo (former Elders) and Staroselye were attached to Kirovsk. The result was one large settlement, which received the status of an urban-type settlement. Then some territories were added to it. Only in 2001, Kirovsk received city status , and at the same time its coat of arms was approved. Today it is decorated with a golden sheaf, which is tied with a silver ribbon. Nowadays it is a developing city, in which there are not only historical sights, but also industrial facilities, as well as cultural.

Modern Kirovsk can not boast a large number of attractions, although in the area you can find enough. However, the city itself is quite pleasant and has its own characteristics. The first thing that immediately catches the eye is a monument in the center. Instead of the typical sculpture to comrade Lenin, there is Sergey Kirov , the very name of which was the basis of the name of the city. It really has become a kind of highlight of Kirovsk. Also among the most popular places is city park . Saturated with various statues, fountains, walkways and benches, it creates an impression of calm and comfort. And there is a zoo angle with rabbits, pheasants and other living creatures. A cultural life is actively going on, in the center of which are schools, libraries, a house of culture. Creative competitions are constantly held here. festivals and performances.

reveal all text
Where to go in the Kirovsk? All about restaurants, entertainment and other services