Islam is the youngest monotheistic religion. It is the second in the world in the number of adherents. Islam is professed by about 1.5 billion people. In Arabic, Islam means "obedience", "devotion to God".

Islam originated in the beginning of the 7th century in Western Arabia, in Mecca. Immediate influence on the development of the Islamic religion was rendered by Christianity and Judaism. In 610, one of the Meccan merchants, Muhammad declared himself the messenger and prophet of the one God of Allah and began preaching the new religion of Islam.

Muhammad in his sermons called to believe in one God and to observe the norms of morality. Muhammad's ideas were not supported by the city's nobility and in 622, he fled from Mecca to Medina. In Medina, Mohammed united around himself the Arab population and created a Muslim community. The teachings of Muhammad gained popularity very quickly, as he was hostile to inequality among people and usury. Already in 630, Islam became a general Arab religion.

According to the beliefs, Allah gave Koran to Mohammed through his angel. Koran is a sacred book for Muslims. Koran consists of 114 chapters (surs). The names of surs do not reflect their content, they are simply the most memorable phrase from the chapter. In addition to Koran, the source of Islamic beliefs is the Sunnah - stories about the life of Muhammad and his utterances. 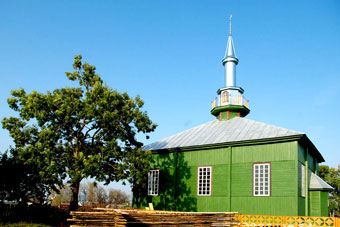 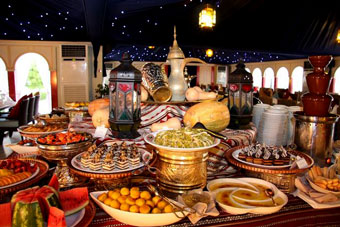 An orthodox Muslim is required to observe five basic prescriptions - the "pillars of Islam":

The first Muslims in Belarus appeared in the XIV century when the Grand Lithuanian prince Gedimin invited the Tatars from the Golden Horde and Crimea to join the Lithuanian army and to fight against the Crusaders. In the future, Tatar gonfalons helped the army of the Grand Duchy of Lithuania in battles more than once. So in 1410, in the Battle of Grundwald, Tatar banners helped defeat the Crusaders, for which the Grand Prince Vitovt generously awarded them with lands and noble ranks. From this time, on the territory of Belarus, Tatar Muslim community began to form.

Nowadays, according to the 2009 census, there are about 30,000 Muslims in Belarus. In 1994, the first all-Belarusian congress of Muslims was held. In 2007, 30 Muslim organizations were registered in Belarus.

The first mosques in Belarus began to be built in the 14th-15th centuries, when the first Tatars settled on our lands. Unfortunately, most Muslim temples have not survived. One of the few authentic mosques is in Ivie, Grodno region. The mosque was built in 1884. It is a rectangular building with a five-edged primitive mihrab with a tent roof. The interior is divided into male and female halves with separate entrances. The mosque in Ivie was the only mosque in Belarus in Soviet times.

Preserved Tatar mosque in Novogrudok. Until 1939, at the mosque, there was a Muslim school - mekteb. Also, mosques operate in Slonim, Smilovichi, Oshmyany, Lovchitsy, Molodechno and Minsk.

You can acquaint yourselves with the culture and traditions of Belarusian Muslims by ordering an excursion on our portal: Request for tour organization