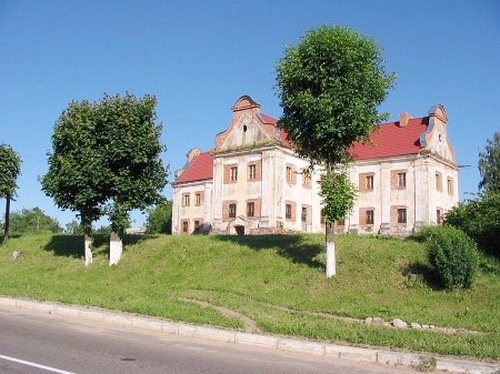 Legend "What are the monastery walls silent about"

The Bernardine Monastery was founded in Dubrovnov in 1630 by Nikolai Glebovich. Related to him is the story of the magnate”s black revenge.

In 1791, the Dubrovno county passed into the possession of Lieutenant General Xavier Lubomirski. Important persons liked to come to the hospitable host for balls and hunting. One by one, the rich suitors asked for the hands of Clementine, the daughter of Lyubomirsky, but everyone was refused. One day the unapproachable beauty fell in love with the stately and attractive landowner Peter Cror, who was not distinguished by either wealth or high moral character. Realizing that her father would not greet her choice, the princess secretly married her elect in the monastery and, grabbing her father”s money, ran away.

In anger, the father set fire to a wooden monastery of Bernardine and drowned two monks who were involved in a secret wedding. After, in his declining years, realizing his sins, the prince built a new stone monastery on the site of the burnt down.