Belarusian tour operator private research and production unitary enterprise «Automated tourism technologies» is the largest company in the Republic of Belarus, which specializes in domestic and inbound tourism.
Today PRPUE «Automated tourism technologies» - is a successful travel company with many years of experience, a well-developed partner network and contractual relations with all leisure facilities and related tourist infrastructure in Belarus. Our company covers all possible types of tourism and religious tourism in Belarus is one of the priorities in the development of the company.

In the Republic of Belarus, confessional policy is aimed at maintaining and strengthening interfaith peace and harmony in the Belarusian society. The state is guided by the principle of equality of religions before the law and takes into account their influence on the formation of traditions of the Belarusian society. In our country there are more than 20 religious denominations and trends: the origins of this situation must be sought in the history of the state. 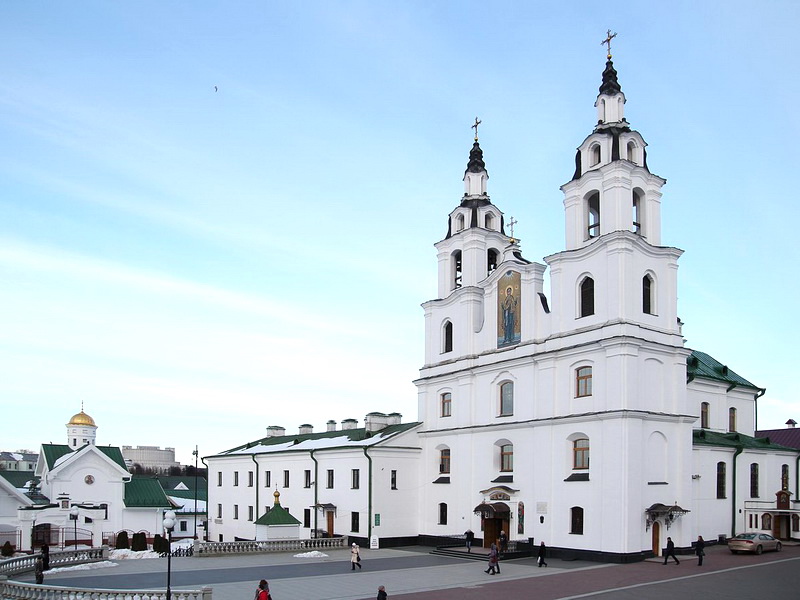 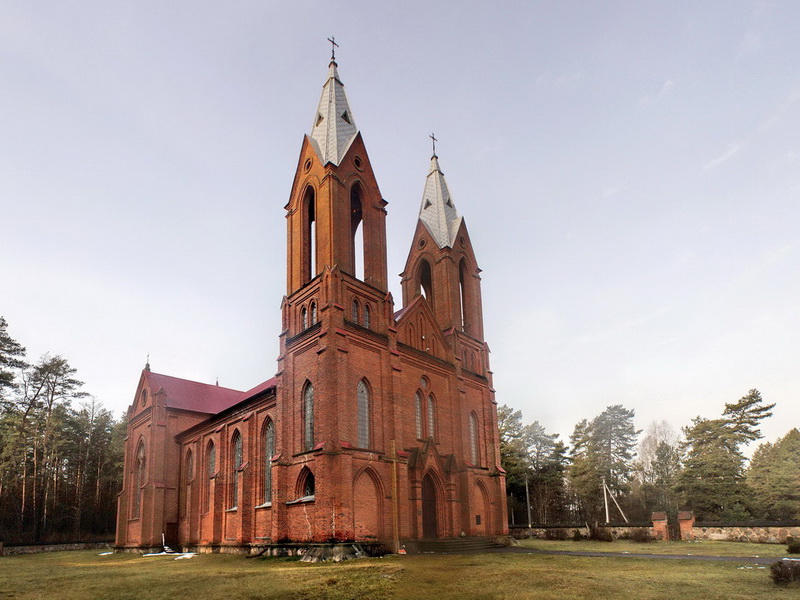 The religious situation in the state has always been ambiguous. At different times, new trends emerged, which over time found many followers among the locals. Today, the Republic of Belarus is a tolerant state, in which four world confessions have found a common language for centuries:

An explanation of this situation can be found in the history of the state over many centuries. At various times, representatives of other faiths came to the territory of modern Belarus. One way or another, nations interacted with each other: they traded, entered into mixed marriages. All this contributed to the development of religious tolerance, acceptance and understanding of the norms and customs of various religions. An example of this can happen to the town Ivie, Grodno region, where before the Second World War on one square were a mosque, a synagogue, a church and an Orthodox church.

The first of all world religions to Belarus came Christianity. According to historians, in 986 the Icelandic missionary Thorvald the Traveler founded the temple and monastery of St. John the Baptist in Polotsk. And in 988 Kiev Prince Vladimir baptized Russia on the Byzantine model. After Christianity split into two branches, Orthodoxy and Catholicism , the position of both churches in Belarus was about the same until the conclusion of Brest Union in 1596, which created a new trend in Christianity, Uniate . This was a unique moment in the history of religion, an attempt to unite two major directions and create an adapted version of Christianity for the Belarusian population. As a result, the idea failed, but representatives of uniatism continue their activities today. 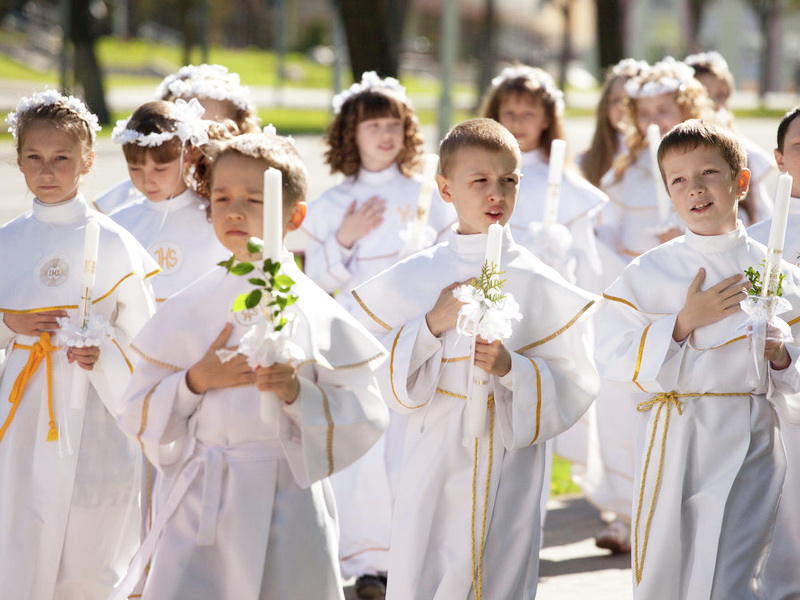 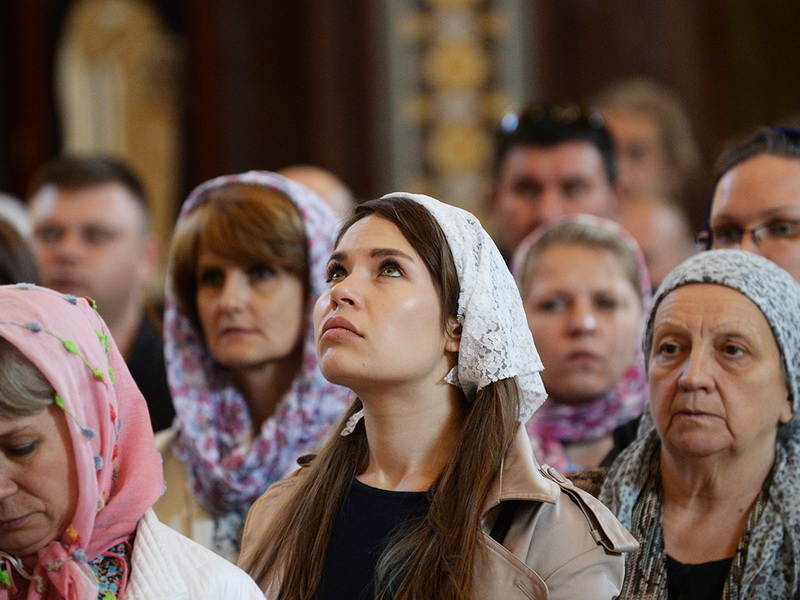 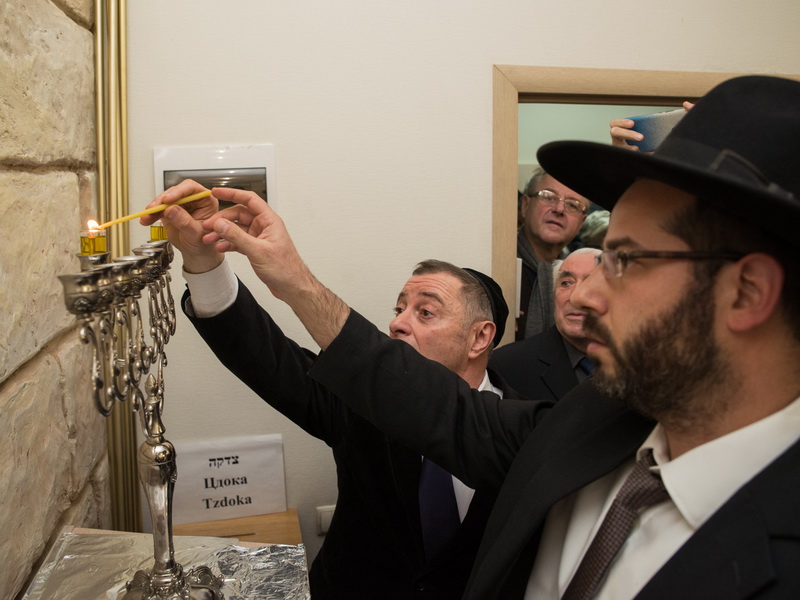 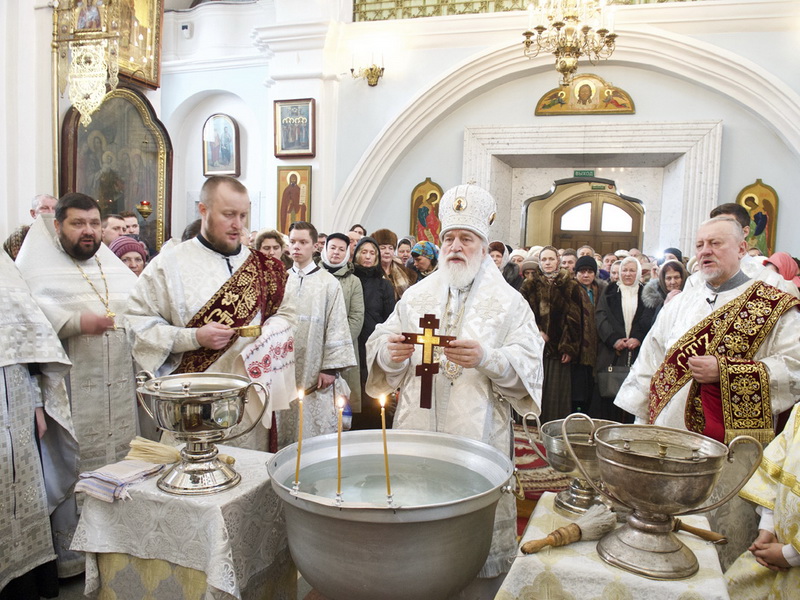 The first information about the penetration of Judaism into the territory of modern Belarus dates back to the 9th-13th centuries. Most Jews moved to the Grand Duchy of Lithuania from Western Europe, because the laws that applied to this people in the territory of the country at that time were the most progressive and tolerant in all of Europe. It is worth noting that from the end of the 18th century, by decree of Catherine II, the so-called «Pale» was laid across the territory of Belarus, which was already part of the Russian Empire, according to which Jews could live compactly only in the western territories of the empire, i.e. in fact, on the Belarusian lands, which determined to some extent the religious situation.

The youngest world religion not only in the world, but also in Belarus is Islam . The first Muslims in Belarus appeared in the XIV century, when the Great Lithuanian prince Gedymin invited the Tatars from the Golden Horde and the Crimea to join the Lithuanian army and fight against the Crusaders. From that time on, the Tatar Muslim community began to take shape in Belarus . The first cities where the representatives of the new religion settled were Grodno, David-Gorodok, Ivye, Kletsk, Koydanovo, Novogrudok. These were mainly representatives of the Sunnism. Before World War II, there were 17 mosques in Western Belarus. Today there are less than 10.

Religious buildings of all major denominations survived in the republic. They can be visited both as part of the usual excursions in Belarus , and as part of religious tours . During such trips, you can get acquainted with any of the major world religions, its history, traditions and rituals. 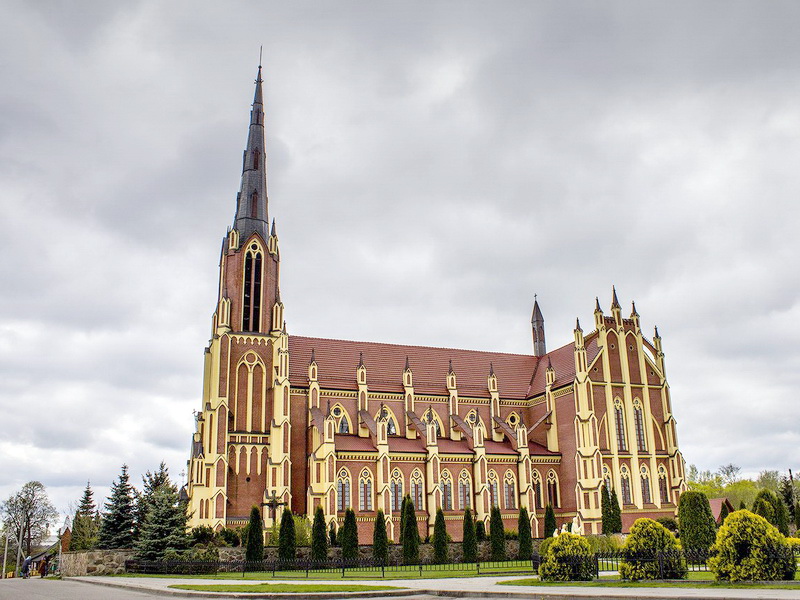 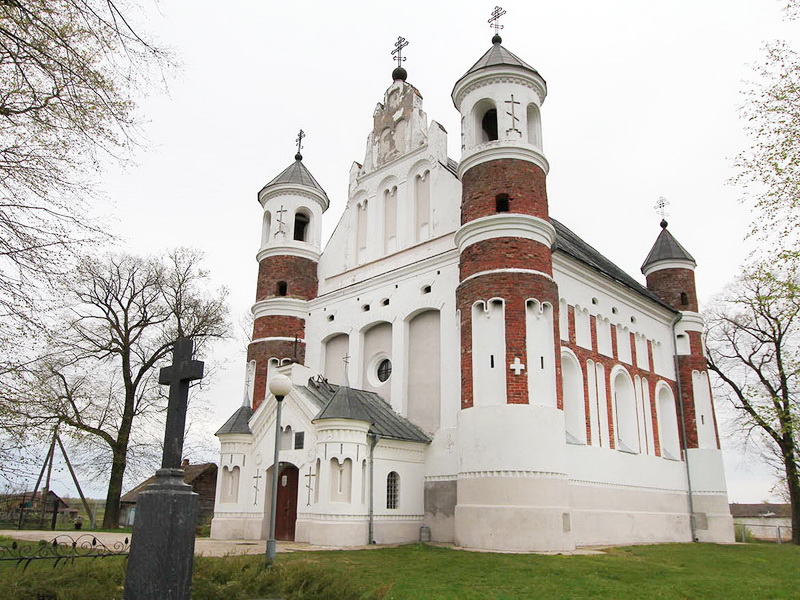 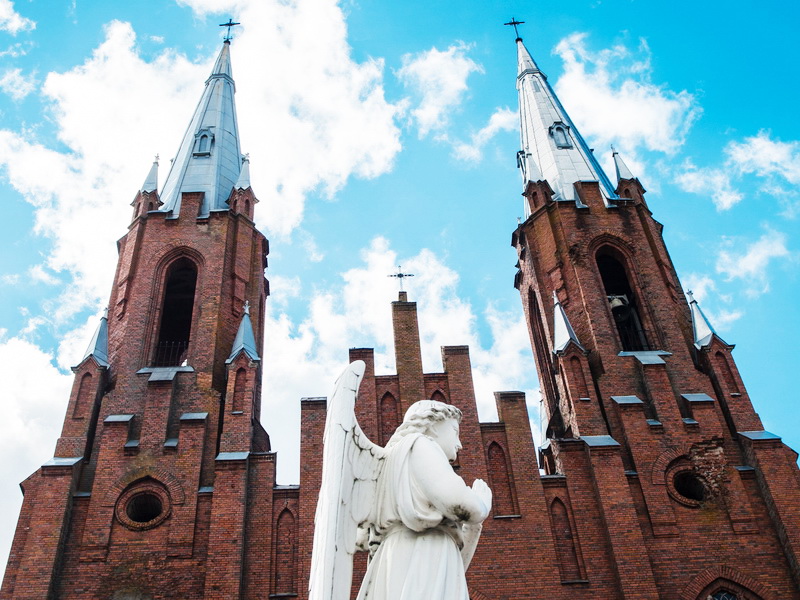 Among the most significant places for believers in Belarus are the following.

It is worth to dwell separately on monasteries of Belarus . They began to be built here almost immediately with the advent of Christianity, and to this day they have not lost their relevance. First of all, monasteries are the center of the spiritual development of a person; people live in them who have dedicated themselves to serving God. At the same time, they became interesting monuments of architecture and history of Belarus. Today, Zhirovichi Monastery deserve special attention, Desert Monastery,which is located near the town of Mstislavl, Convent in the city of Grodno, Kuteinsky Monastery in the city of Orsha and the Holy Spirit Monastery in the city of Vitebsk. Every year major pilgrimages to these places are made not only by Belarusians, but also by representatives of many countries.

Belarus is famous for its religious monuments, many of which are unique architectural objects. Among these stand out Murovanka, Synkovichskaya Church of St. Michael, Church of St. John the Baptist in Camai, Trinity Church in Gervyaty, Trinity Church in Vidzy and many others. Detailed information about the religious sights of Belarus can be found in the section The main places of worship of the four faiths of Belarus

These events in Belarus include religious holidays and spiritual festivals . The main sign dates are:

Spiritual festivals are especially popular among believers and pilgrims. These are holidays where you can not only visit holy places, but also join the service in the open air, take part in hymns, listen to organ music, and immerse yourself in religious culture as much as possible. The following events take place in Belarus:

For believers, as well as curious tourists interested in the history and rituals of religious communities of Belarus, our company offers participation in religious holidays and festivals. You can view the list of events and choose an event that is interesting for you in Calendar of religious events in Belarus.

Religious and pilgrim tours to Belarus

Religious tourism is an integral concept. In the first case, religious tourism refers to travel to religious centers and holy places. It is not necessary to be a religious person or to be an adherent of the religion, the objects of which you visit, in order to go on such an excursion. In the second case, religious tourism is understood as pilgrim tourism . Pilgrims visit the holy places of the religion they profess to worship shrines or take part in a religious festival or ritual. The Belarusian tour operator «Automated tourism technologies» offers organized and individual group tours in Belarus on religious topics. During these excursions, tourists can not only learn about the history of religions, but also participate in church rituals, communicate with priests, priests and imams, and also see from the inside to the monastic way of life. 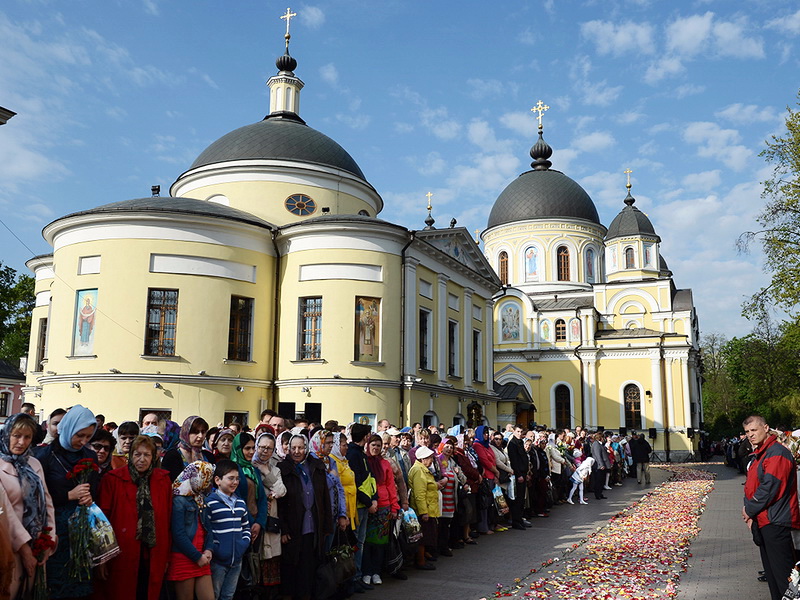 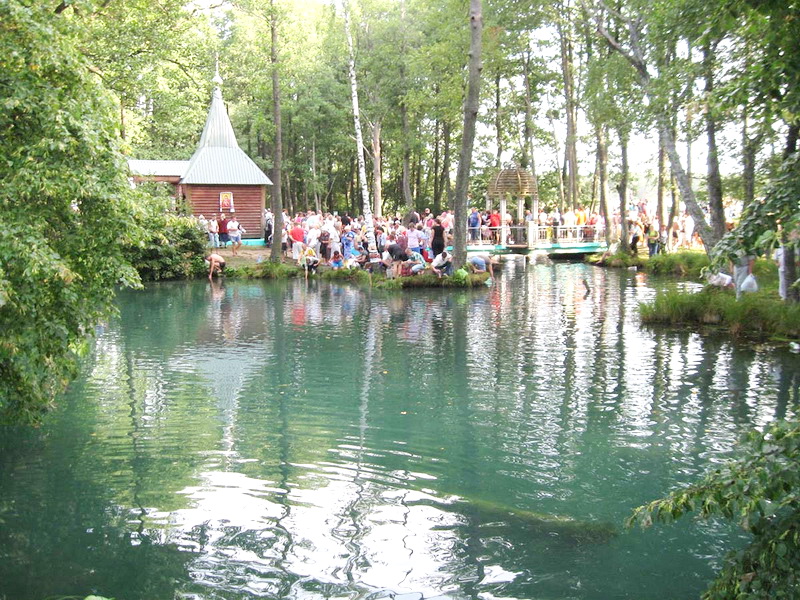 The most interesting and popular religious excursions are:

Currently, there are 25 monasteries in Belarus, including the largest of them Polotsk Spaso-Evfrosinyevsky Monastery, Zhirovichsky Holy Assumption Monastery, St. Elisabeth Convent in Minsk, Assumption Monastery in the village of Pustynki, Mstislavsky district, Mogilyov region. These monasteries hospitably open the doors for visitors who want to see the monastic way of life with their own eyes and try to live for several hours according to the monastic charter: to take part in the service, try lean food in the refectory monastery, serve the monks. Also, the guests of the monastery will have the opportunity to find out when they put candles «for peace» and «for health», which icons in which cases to put candles, what prayers to read, how important it is to observe fasting, and how the festive services are different on big church holidays: Easter , Trinity, Christmas. Detailed information about visiting Belarusian monasteries can be found in the section «One day in the monastery».

One of the special traditions of the Belarusian culture, which originated in pagan times, is honoring holy sources . So, according to Belarusian ethnographers, there are about 200 sacral krinits in the country. Water from such sources is characterized by purity, clarity and remarkable taste, high content of healthy salts and minerals. There are several types of sources, depending on their origin and origin. Some crinissa of Belarus appeared at the site of temples that fell through the ground, others allegedly dug up animals, the story of the emergence of the third is intertwined with romantic legends about unshared love or separated couples. However, most sources are associated with legends about miraculous healings. For example, Pustynkovskaya Krinitsa under the town of Mstislavl, according to legend, healed the blind Prince Lungwen, and the healing power Blue Krinitsy near Slavgorod, the largest spring in Eastern Europe, and Zhirovichi font is widely known far beyond the borders of Belarus.

Every year, dozens of regional and international spiritual events gather pilgrims and believers in Belarus. So thousands of pilgrims from Belarus, Ukraine, Lithuania and Poland walk to Budslav to worship the icon of Our Lady of Budslav and take part in the procession. In June, Orthodox believers celebrate the Day of Remembrance of St. Euphrosyne of Polotsk - the patron saint of Belarusian lands. Popular festivals of sacred music are the international «Mogutny god» in the city of Mogilev and the republican «Sing to our God, sing» in the city of Drogichin. On the border with Poland, in the village of Sopotskin, famous for the ancient tradition of painting Easter eggs, is organized the «Easter Egg Holiday». To unite the Orthodox youth of the fraternal Slavic peoples are called Orthodox youth festivals «Odigitria» in the city of Vitebsk and «While we are young» in ag. Krulevshchyna Dokshitsy district. You can view all religious events in Belarus here.

For those interested in the history of religion or true believers, we are also ready to offer combined tours with visits to neighboring countries. The program of such tours includes not only acquaintance with religious places of Belarus , but also visits to religious sites in Ukraine, Poland and Russia. Visit the Holy Trinity St. Sergius Lavra with the graceful relics of the monk and attach to the shrine with the relics of the blessed Matrona of Moscow can be within pilgrim tour to Moscow to St. Matron, to visit the famous Orthodox monastery, one of the most ancient and significant Russian monasteries of the Kiev-Pechersk Lavra in to Kiev, in the religious capital of Poland - on tour Krakow - Kazimierz - Wieliczka - Chekhonstova.