News : Kamaedzitsa in the Museum of Folk Architecture and Life

News and promotions about rest in Belarus: January4February4March8April2 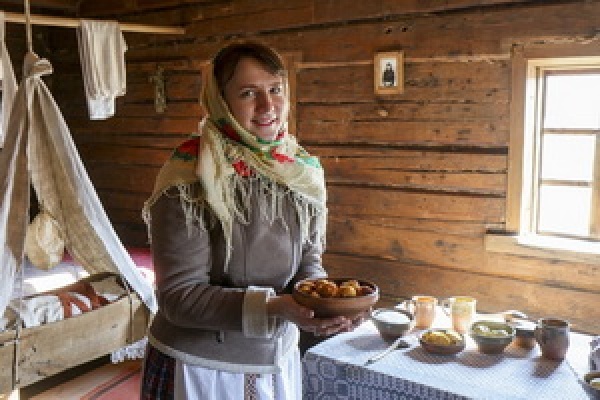 Kamaedzitsa in the Museum of Folk Architecture and Life

Excursion portal Ekskursii.by invites everyone on April 4th, 2021 to take part in the ritual event «Kamaedzitsa», which will be held in Strochitsa Museum of Folk Architecture and Life. Visitors and participants of the event will be able to listen to a story about beekeeping in Belarus, listen to traditional fairy tales and legends about a bear, dance Belarusian dances, play folk games, and, in general, have a fun and interesting time!

«Kamaedzitsa» is an old holiday, which was celebrated in early spring, when the bear's hibernation ended and he got out of the den. Since ancient times, our ancestors strived to maintain harmony between the world of human life and the habitat of animals. Therefore, it is not surprising that animals became participants in many important holidays of the annual cycle. «Kamaedzitsa» is an echo of the worship of the bear, his veneration, when ritual actions were aimed at pacifying the beast. For the holiday, they cooked and consumed pea porridge - the so-called «kamy» (hence the name of the holiday), dried turnips, oatmeal jelly. These dishes were considered the bear's favorite food and were the ceremonial dishes of the festive dinner, after which the peasants lay down on the beds and turned from side to side, imitating the bear's habits.
There is also an opinion that the holiday could be dedicated to Veles, because his cult is very close to the cult of the bear as the lord of animals. The bear's paw was even used by the Eastern Slavs as a talisman to protect domestic animals.
But since the 19th century. the holiday has lost its former meaning and has become just a traditional fun.

In the Museum of Folk Architecture and Life you can see preserved rituals, listen to legends about the bear, watch an exhibition about beekeeping and dance.
The event will take place in the «Podnieprovie» sector, where there were large forests, in which there were many bears, which sometimes caused harm to domestic animals, caused fear in people.

During the event you can (extra paid):