News : Festival Our Grunwald 2022 in Dudutki

News and promotions about rest in Belarus: January1February4March7April8May4June6July7August6 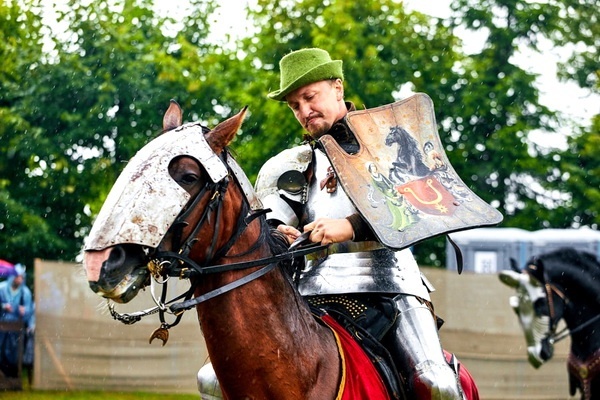 Festival Our Grunwald 2022 in Dudutki

July 23 and 24, 2022 The international festival of medieval culture “Our Grunwald” will be held on the territory of the Dudutki Museum Complex for the 13th time. Traditionally, the event will be dedicated to military and secular culture, the customs of our ancestors. The main event of the oldest and largest festival of military historical reconstruction in Belarus will be the re-creation of the largest battle of medieval Europe, which took place on July 15, 1410 between the troops of the Teutonic Order and allies: the Grand Duchy of Lithuania (modern Belarus) and the Kingdom of Poland.

In 2022, about 400 representatives of military historical reenactment clubs will take part in the festival. During the two festival days will be:

A particularly anticipated block is the Feast after the Battle concert program. Folk and rock bands from Belarus will perform on the festival stage on July 23: Pawa, Rokash, Evthanazia, the Yan Zhenchak project, Hok-Key and others, and the headliner of the festival will be the legendary Russian band Epidemia ".

On the second day of the festival, July 24 , guests of the event will see a full-contact equestrian tournament on solid wood spears according to the rules of the 15th century. Tournaments of this level are currently held at festivals in only a few countries around the world. During duels, the main goal of the horsemen is to knock the enemy out of the saddle with a blow of a long spear or break the spear on his shield.

Visit Museum complex of ancient folk handicrafts and technologies «Dudutki» You can within the framework of the excursion «Dudutki», send an application to which you can now.