News and promotions about rest in Belarus: January1February4March7April8May4June6July7August7September7October4November4 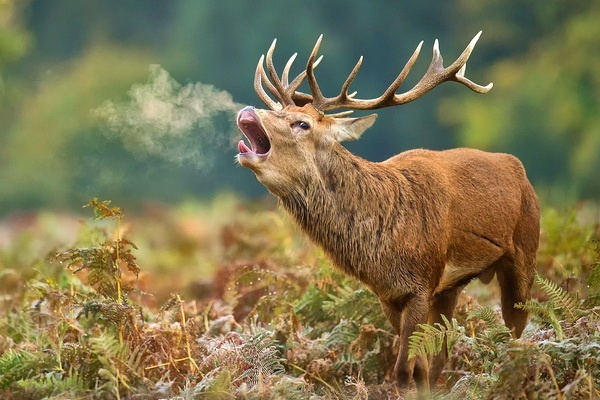 National Park «Belovezhskaya Pushcha» invites you to visit the hunting festival «Roar of the Deer», which will be held September 24, 2022 in the National Park «Belovezhskaya Pushcha». The guests of the holiday, accompanied by the park staff, will go to the Nikor tract, where they will watch the roar of the red deer, go in for photo-hunting, then the holiday will continue ...

Temperature affects the mating behavior of animals. The intensity of the roar of deer falls in warm weather and increases in cold weather. This year, the first active roar of deer in the southern part of Belovezhskaya Pushcha was recorded by specialists on the night of August 31 to September 1. At this time, the sounds of the roar are so strong that it seems as if the whole space around is filled with them, and the male is literally hiding behind a neighboring bush. The massive roar of the red deer is a unique feature of autumn in Belovezhskaya Pushcha.

On September 24, 2022, tourists will be given the opportunity to watch roaring deer in Belovezhskaya Pushcha. On this day, a theme party is organized in the national park. During the safari, you will also be able to see the process of waving, this is an imitation of the roar of deer. In addition to the sounds of wildlife, tourists will be offered to gather at the Tsarskaya Glade near the fire and listen to the performers of bard songs and poetry.

You can visit the hunting festival «Roar of the deer» as part of the tour «Belovezhskaya Pushcha», send an application for which you can already now.