News and promotions about rest in Belarus: January4 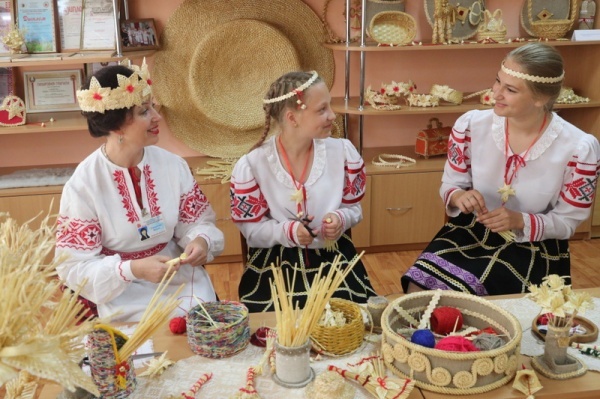 14-January-2023
Belarusian works from straw have no analogues in the world, they are one of the most nationally distinctive forms of revealing the spiritual values and artistic traditions of Belarusians. Due to the uniqueness of the Belarusian straw, it became the fifth national element in the lists of the UNESCO World Intangible Cultural Heritage.

In 2019, at the initiative of the Ministry of Culture of the Republic of Belarus, at the regional level, together with cultural institutions and scientific organizations, the current state of existence of straw weaving in Belarus was studied and recorded.

The results of this large-scale work showed that in 85 regions of the Republic of Belarus there are more than 200 masters of straw weaving traditions, among which 20 have the honorary title of «People's Master of Belarus», representing this craft at a high artistic level.

The National Academy of Sciences of Belarus, the departments of ethnology and folklore of the leading universities of the country, as well as regional centers of folklore are engaged in the identification, study and promotion of straw weaving.

Straw weaving has been included in the lists of the UNESCO World Intangible Cultural Heritage.

You can get acquainted with other intangible values of Belarus follow the link.
To book a tour    |   Discuss at the forum