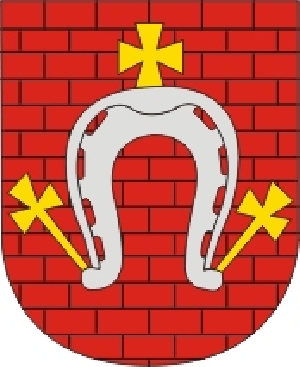 Drybin - аadministrative center Drybin district of Mogilev region. The urban village is located on the Pronya river in 60 km from Mogilyov and 251 km from Minsk. The roads P123 (Prisno - Mostok - Drybin - Gorki), P143 (Chausy - Drybin) pass through the city. 10 km from the town is the railway station Temnyj Les on the line Orsha - Krichev. Drybin is the youngest district center of the Mogilev region.

History of the development - Dribin

The first mention of Drybin refers to the middle of XVI century. In his testament from 1633 Chancellor Lev Sapega mentions «village and Forest of Drybin». During the Northern War (1700-1721) Russian troops occupied and burned the town.

As a result of the first partition of the Polish-Lithuanian Commonwealth in 1772 Drybin became part of the Russian Empire. In 1784-1864 Drybin was owned by family of Tsechnovets. In 1845 a peasant uprising against serfdom broke out, which was brutally crushed by Russian soldiers. Drybin's unique industry, which originated in the early XIXth century, is shpovalov. Creation of «Katrushnitsky Lemezeny» - unique conditional language shpovalov was created as a part of their craft. Name «Drybinские shpovalov» came into use, and shpovalov themselves became known in the province and beyond. At the end of the XIX century landowner Epifanov built creamery for processing local milk in Drybin. Since 1903 a fire society operated in the town, in 1910-1911 mail and savings bank were opened.

In 1919 according to the decision of the I Congress of the CP(B)B Drybin became part of BSSR, but soon the town, together with other territories of Eastern Belarus, was transferred to the RSFSR. In 1924 Drybin was returned to BSSR. During the World War II from July 14, 1941 to October 2, 1943 Drybin was under German occupation. Drybin began to be actively built up in connection with the resettlement of residents from radioactively contaminated areas after the accident at the Chernobyl nuclear power plant. It was planned that the town would become the center of the agglomeration of the settlements in which the settlers from the Chernobyl zone live. In 1997 Drybin received the official status of urban village.

Behind the small size of Drybin there is a rich history and one of the most unusual assets of the Republic of Belarus. Shapovalstvo - an unusual kind of manual felting and a business card Drybin district. Drybin boots were widely known not only in modern Belarus, but also outside the Russian Empire. Thanks to the transfer secrets of mastery from father to son for several centuries, a unique conditional language has been formed at the Drybin chapters - «Katrushnitsky Lemezeny». In 2009, shapovalstvo was included in the list of historical and cultural values of Belarus.

Another equally interesting craft of the local population is the weaving of bast shoes. Despite the fact that bast shoes were woven almost in every village house, with the passage of time, the weaving technology began to be forgotten when they became out of use. However, residents of Drybin through the years were able to maintain a unique technology of weaving bast. In 2011 the unique technology of Drybin weaving was included in the list of historical and cultural values of Belarus.

In Drybin Historical and Ethnographic Museum guests of the urban village can get acquainted with the history of the Drybin district, unique crafts in the region in the XIX - XX centuries (pottery, woodworking), get acquainted with the history of the development of shapovalstvoand weaving in Drybin. The preservation, revival, development and popularization of the shapovalstvo craft was realized due to the efforts of the museum.

In the urban settlement on the river Radebka (tributary of the Pronya river) there is a water mill from beginning of the XX century. On the same river reservoir was created, which is the main recreation area of local residents.

The largest obelisk in the urban village is at the mass grave of dead soldiers. 508 soldiers and partisans who died during the liberation of Drybin in 1943 in battles with German troops are buried here.

In the beginning of August, the annual festival of folk crafts «Drybin torzhki» is held in the urban village. At the time of the festival, the population of Drybin increases by almost half.

reveal all text
Where to go in the Dribin? All about restaurants, entertainment and other services