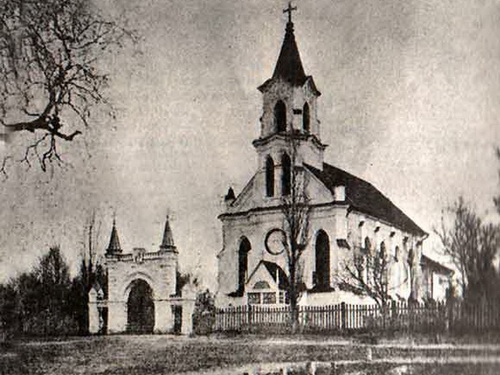 According to legend, during one of the numerous cholera epidemics in Minsk, one of the Minsk residents had a prophetic dream. «The rescue of the city from complete extinction depends on St. Roch, whose statue was buried under the rubble of the bonifrator church, it must be found and removed». A city dweller shared his dream with other doomed. All actively set to work. After a long search, a wooden statue of St. Roch was found in the ruins. She was cleared, and in a solemn procession worn around the city.

The overall oppression due to the epidemic was so great, and the glimmer of hope and salvation was so desirable that even the Jews joined the procession. Then the statue was installed in a wooden chapel on the Zolotoy Gore. After that, the epidemic began to decline.