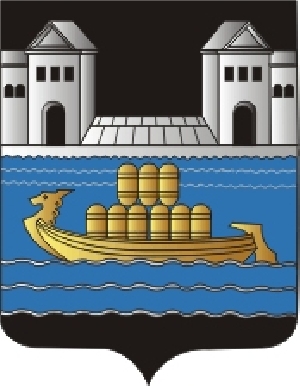 David-Gorodok is a city of regional subordination in the Stolin district of the Brest region. Located on the Goryn River, 99 km from Pinsk, 273 km from Brest, 292 km from Minsk. The distance to the border with Ukraine is 48 km. The road of republican significance Zhitkovichi - David-Gorodok - the border of Ukraine passes through David-Gorodok.

History of the development - David-Gorodok

It is believed that David-Gorodok was founded in 1100 by the Volyn prince David Igorevich from which the name of the settlement, previously called simply “The Town”, was derived. From the XV century, the name was somewhat modified to the Town of Davydov, and from the XVII century. The city got its modern name David-Gorodok.

From the middle of the XIV century, David-Gorodok became part of the Grand Duchy of Lithuania and became the possession of Lithuanian princes. In the XVI century. The Grand Duke of Lithuania and Poland, King Sigismund I, transfers his Polesian possessions, including David-Gorodok, to his wife, Queen Bona Sforza, who is carrying out a number of administrative and economic reforms that promote the development of the region. During the reign of Bona Sforza, David-Gorodok was often attacked by the Tatars. Thus, in 1527, the great Lithuanian hetman Konstantin Ostrozhsky defeated the Tatars' army near Pinsk, after which the captive Tatars were allowed to settle in David-Gorodok and adopt Orthodoxy to marry local girls.

In the middle of the XVI century, King Sigismund II Augustus granted a place to Vilnius Governor, Prince Nikolai Radzivil of Cherny. Subsequently, David-Gorodok was transformed into a mariorat and was inherited by the eldest of the family’s sons. Radzivils owned a place until the beginning of the twentieth century.

In the XVI century, David-Gorodok became a large trading center specializing in the trade of grain, fish, honey, mushrooms, berries, game, poultry, cattle, and craftsmen. More than half of the city’s population was engaged in trade. It is known that the city had the Magdeburg right, which it received at the end of the XVI century from Albrecht Radzivil, although no documents testifying to this have been preserved. On the independence of the city indicate data on the existence of the class of townspeople in David-Gorodok, the election of the governing authorities, as well as independence in economic life.

In 1793, as a result of the Second Division of the Polish-Lithuanian Commonwealth, David-Gorodok became part of the Russian Empire. In the XIX century, the industry actively developed in the town: there was a distillery and a tannery, a shipyard, a creamery, mills, and a sawmill. In November 1917, Soviet power was established in David-Gorodok, and already in the 1918-1920s. The city was occupied first by German and later by Polish troops.

According to the terms of the Riga Peace Treaty of 1921, David-Gorodok, as part of Western Belarus, became part of Poland, where it remained until the beginning of World War II in 1939. In the autumn of the same year, Soviet troops entered the territory of Western Belarus, which from that moment became part of the BSSR. On July 7, 1941, David-Gorodok was abandoned by the Red Army and occupied by the German fascist troops. Released on July 9, 1944 during the Belarusian Strategic Offensive Operation. During World War II, a Jewish ghetto was organized in the town, in which practically the entire Jewish population of the town was destroyed.

Today David-Gorodok is a modern city in which industrial enterprises, cultural and educational institutions function.

Of greatest interest to tourists in David-Gorodok is a wooden three-log George Church, built in 1724 and a prototype of many religious buildings of the XVIII century. The exterior of the church is rather modest, however, the wooden carving in the altar of the temple is a wonderful example of folk art.

In the center of the city stands a monument to the founder of the town Prince David. In addition, the ancient castle. is located not far away. Also in the city are the headquarters of the Polish border battalion, where the soldiers' barracks and the old Jewish cemetery were located. A fine example of the retrospective-Russian style is the five-domed church of the Kazan Icon of the Mother of God built in 1913. reveal all text
Where to go in the David-Gorodok? All about restaurants, entertainment and other services