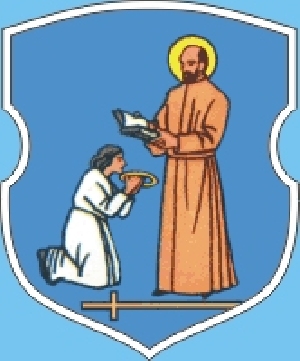 History of the development - Zhirovichi

The first written mention of Zhirovichi dates from 1493-1495, when the Grand Duke Casimir granted possession of it to the A. Soltan. The new owner built a church on the site where, according to legend, in 1470 an image of the Mother of God appeared, around which a modern settlement arose. From 1565 fairs began to be held here. In 1587, the Zhirovichi Monastery was first mentioned. Since the 1610s Zhirovichi was in the possession of L. Sapega, then I. Meleshko. In 1624, Zhirovichi received the status of a small town, and in 1652, the king and grand duke Jan Casimir granted Magdeburg Law to the settlement. Soon Zhirovichi became a major trading center which had its own coat of arms.

As a result of the third partition of the Polish-Lithuanian Commonwealth in 1795, Zhirovitsy became part of the Russian Empire. In World War I, Zhyrovitsy was occupied by German troops. In 1919-1920 the place changed hands - from the Bolsheviks to the Polish army. According to the Riga Peace Treaty of 1921, Zhirovitsy found themselves in the composition of the interwar Polish Republic. In 1939, Zhirovichi entered the BSSR, soon the status of the settlement was lowered to the village. In 2005, Zhirovichi was granted the status of an agrotown.

In the agro-town there is an architectural complex of the former Uniate (now Orthodox) Holy Dormition Monastery, which consists of: outbuildings, a bell tower, a monastery building, Holy Assumption Monastery, Church of the Epiphany, Holy Cross Church. In addition, on the northern outskirts of Zhirovich preserved wooden St. George's Church. reveal all text

Where to go in the Zhirovichi? All about restaurants, entertainment and other services

All individual and corporate tours in Zhirovichi