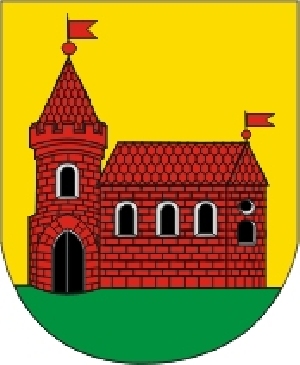 Glusk is a fairly large urban village in the south-west of Mogilev region, the center of Glusk district. The region in the west borders on Minsk region, and in the south on Gomel region. The distance between Glusk and the capital of Belarus and the regional center is almost equal. Distance to Minsk and Mogilev is about 165 km, to Gomel - about 200 km.
Glusk is located at the crossroads of the republican motoways P34 Osipovichi-Glusk-Ozarichi and the P55 Bobruisk-Glusk-Lyuban, the nearest railway station Ratmirovichi is located in 33 km.
There ia the Ptich river in Glusk, a large tributary of the river Pripyat, the territory of the district is flat - the landscapes of the Central Berezinsky plain and the Pripyat Polesye are combined here.

History of the development - Glusk

Archaeological finds on the territory of Glusk district let us suggest that the settlements of Dregovichi already existed here in the Stone Age, about 30 discovered sites are evidence.
Glusk has been known since the XIV century, when in 1396 the prince of the Grand Duchy of Lithuania Vitovt transferred Glusk to Prince Ivan Golshansky. Today this place is called Gorodok village, located 18 km from the modern urban village Glusk. In 1522 his son Yuri Golshansky-Dubrovitsky built on the high bank of the river Ptich a wooden castle. That was the begining of the modern Glusk. The castle exhisted until the end of the XVIII century.
In the 17th – 18th centuries the families Polubinsky, Chortory and Radziwills were the owners of Glusk and the castle. After marriage of Anna Marianna (daughter A. G. Polubinsky) with Dominic Nikolai Radzivil Glus branch of this famous princely family was formed.

In 1793 after the second devision of the Polish-Lithuanian Commonwealth Glusk became part of Bobruisk district of the Russian Empire and became the property of Count Y. Yudinsky.
During the war with Napoleon Glusk was occupied by the troops of Polish General Dombrovsky.

In January 1918 Soviet power was established in Glusk, in 1924 it became the center of the district, and in 1938 received the status of a urban village. During 3 years of the Great Patriotic War Glusk was under fascist occupation. On June 28, 1944, thanks to the courage and perseverance of Glusk people it was liberated.
In the period from 1962 to 1966, Glusk was a part of Bobruisk district, and on July 30, 1966 Glusk district was again restored.

Calm and measured life in Glusk mainly attracts nature lovers, fans of fishing and berries with which Glusk land is rich in. The urban village itself is quite compact, it allows you to walk slowly through its streets. So you can walk to the main ancient sights of Glusk - parts of land fortifications of Glusk Castle, which existed from the XVI to XVIII century. Count Polubinsky built a cathedral with high crosses and an organ near the castle, but it was also destroyed during World War II. After the archaeological excavations sports facilities were built on the place of Glusk castle.

Several urban buildings of the late 19th - early 20th century have been saved in Glusk. Church of Epiphany was built at the end of the 20th century, it has the icon of the Mother of God, which was found and restored by artist Ivan Bulgakov and the icon of St. Valentina of Minsk.

The history of Glusk and the district from antiquity to modern time is fully represented in the local history museum. An unusual collection of irons, an antique mirror and other interesting exhibits are kept here. Glusk has not the only museum - the Museum of Bread and Weaving was opened in the Glusk gymnasium, and the High School has a collection of art by the talented Glusk artist Ivan Bulgakov.

There are a lot of military objects in Glusk. Memorial Complex «Military Glory» at the intersection of M. Gorky and Gagarin streets was created in 1974 in memory of the victims of the Great Patriotic War.
The Alley of Glory was opened in Glusk in 2007, it consists of five memorials with names and a short biography of the natives - Heroes of the Soviet Union, as well as a monument of S. F. Shutov.
There is one of the oldest Jewish cemeteries, a memorial to the classics of Belarusian literature S.I. Grakhovsky in Glusk.

The infrastructure is presented by a small hotel, several cafes and a restaurant, small shops, a sports complex. In the summer, the main recreation area for residents and guests of the urban village is the park and the embankment of the river Ptich.

reveal all text
Where to go in the Glusk? All about restaurants, entertainment and other services