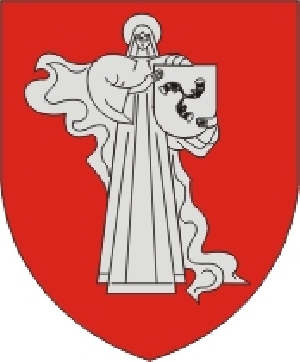 Zhodino - a city of regional subordination in the Minsk region. The city is located 44 km north-east of Minsk and the Moscow-Brest railway and the P53 road (Sloboda-Zhodino-Borisov-Novosad) pass through it. The rivers Plisa and Zhodinka flow through the city.

History of the development - Zhodino

The first settlement on the territory of modern Zhodino was founded in 1643 on the river Plisa by Bohuslav Radzivil and was originally called Bohuslav Pole. In 1688, the place is already mentioned as the village of Zhodina Sloboda. As a result of the second devision of the Polish-Lithuanian Commonwealth, Zhodino became a part of the Russian Empire, and the status of the settlement was lowered to the village. In 1871, a section of the Moscow-Brest railway was run through Zhodino, and a railway station began operating in the village. In 1886, there were 470 inhabitants in Zhodino, also there was a church, a public school, a water mill, a tavern, a shop and a blacksmith shop. The main occupation of the population was agriculture, woodworking, timber-weaving, weaving, and small trade. Events of the First World War did not pass Zhodino - in February 1918 the village was occupied by German troops, in August 1919 - July 1920 - by Polish troops.

On January 1, 1919, Zhodino became part of the BSSR, and by 1926 there were already 193 courtyards in the village, a church, 2 primary schools, a reading room, 2 forges, 2 joinery workshops, a mill, 2 shops. In the Second World War from June 29, 1941 to July 2, 1944, Zhodino was under German occupation. In 1958, the settlements of Smolevichi GRES, the plant of road and reclamation machines and the neighboring villages Zarechye and Krushynki were merged into the urban settlement Zhodino.

A new stage of active development of Zhodino is associated with the creation of Belarusian Automobile Plant (BelAZ) in 1958, a garment and knitting factory «Svitanak» was also opened soon. The second birth of the city is considered to be on March 7, 1963, when Zhodino received the status of a city of regional subordination. On September 22, 1998, the city coat of arms was officially approved.

Despite the relatively short history of Zhodino, residents of the city have much to be proud of, and tourists have something to see.

The oldest structure of the city is the Orthodox chapel, built in 1864. Of particular interest to tourists is the complex «Bohuslav field», in which medieval village life is recreated. On campus there is an old water mill and the Belarusian farmsteads with wooden houses, wells and sculptures.

A symbol and main attraction of the city is BelAZ plant. Opening of the company gave a powerful impetus to the development of Zhodino. Today, it is unique in the CIS factory, which produces heavy-duty truck. The largest BelAZ carrying capacity of 450 tons is included in the Guinness Book of Records. On the last Sunday of September in honor of the Day of Mechanical Engineering there is an open day at BelAZ plant. Here you can see the machine giants and motorcycle show, take photographs at the wheel and sit in the driver's cabin. Other well-known companies all over Belarus Zhodino is Knitting Factory «Svitanak», whose products are popular both in the republic and abroad.

At the same time a symbol of the heroic and tragic history of the city during World War II is monument in honor of the Soviet mother patriot. The monument embodies the dramatic fate of the mother-patriot A. F. Kupriyanova - the mother of five sons, each of whom died on the fronts of the Great Patriotic War.

Near the park in Zhodino there is a single neo-gothic structure – catholic Church of Our Lady of Fatima in Zhodino. Just 500 meters from the church is the Orthodox Temple of the Mother of God”s icon Deliverer in Zhodino.

Zhodino is also a venue for the annual festival «Youth of Russia and Belarus - in the XXI century together».

reveal all text
Where to go in the Zhodino? All about restaurants, entertainment and other services

All individual and corporate tours in Zhodino