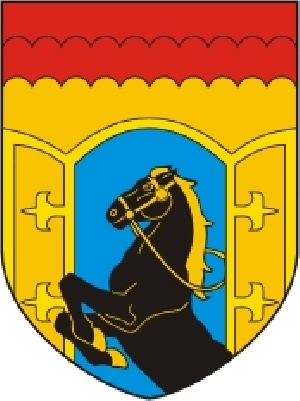 Zelva ia an administrative center of Zelva district of the Grodno region and is located on the river Zelvianka. Roads P50 (Masty - Zelva - Ruzhany) and P99 (Baranavichy - Volkovysk - Pogranichny - Grodno - the border of Poland) pass through the urban village. Volkovysk-Baranavichy railway line passes through Zelva. The distance to Minsk is 233 km, to Grodno - 132 km.

History of the development - Zelva

The starting point of Zelva’s history is considered to be 1258, when in the Ipatiev Chronicle a settlement, which existed on the territory of modern Zelva, was mentioned for the first time, According to archaeologists, the ancient settlement was located in the southeastern part of the modern urban village. Now at that place is a mountain that rises above the surroundings at 20-25 meters. The very first mention of the village called Bolshaya Zelva dates back to 1470 due to foundation of the church. After 7 years, the church appeared in the neighboring village Malaya Zelva. In 1524, Bolshaya Zelva is already mentioned in the documents as a village. In the first half of the XVII century, the place passed into the possession of Sapieha. Thanks to a favorable transport location in Zelva, from the XVIIIth century one of the largest fairs in the Grand Duchy of Lithuania was held here and there also was a river port on the Zelvianka River. In the XVIIIth century, a theater appeared here, in which Belarusian, Polish and French actors played. In 1739, the residence of the Piarists was founded in the town.

As a result of the third partition of the Polish-Lithuanina Commonwealth in 1795 Zelva became part of the Russian Empire. Residents of the village actively participated in the uprising of T. Kosciuszko, the liberation uprising of 1830-1831, the national liberation uprising of K. Kalinovsky of 1863-1864. In 1886 the Baranavichy-Bialystok railway was laid through the town. At the beginning of the XXth century, the village of Malaya Zelva became part of Zelva.

According to the Riga Peace Treaty, Zelva found herself in the inter-war Polish Republic. In 1939 Zelva became part of the BSSR, where on January 15, 1940 it received the status of urban-type settlement. During the Great Patriotic War from July 14, 1941 to July 12, 1944, the urban village was under German occupation. On the river Zelvianka in 1983, Zelva reservoir was created for irrigation of land, water improvement of adjacent villages and fish farming.

The memory of the rich history of Zelva is preserved in many monuments of the urban village. Local attractions include the Complex of Stone Gostiny Dvor in the Market, where the famous Zelva Fair, the largest in the Grand Duchy of Lithuania, was held. In recent years, the tradition of the fair resumed and today «Gannenski kirmash» one of the main events in the life of the city.

One of the main temples of the urban village is Holy Trinity Church, which was built of brick in 1815 on the foundation of a wooden church. However, some historians believe that on the site of the modern church was the building of the Sapieha Theater. Trinity Church, built in 1910-1913 in the neo-romanesque style, is an obvious decoration of the urban village due to its expressive, symmetrical architecture. Also in the urban village there is a Watermill of the XIX-XX centuries and the building of the local railway station, which was originally built at the very beginning of the XX century.

In Zelva, after her return from exile in 1956, the famous Belarusian poetess Larysa Hienijus lived. It was here that she wrote her famous «Spovedz». In 2003, a monument dedicated to her was erected on the church’s territory.

reveal all text
Where to go in the Zelva? All about restaurants, entertainment and other services

All individual and corporate tours in Zelva