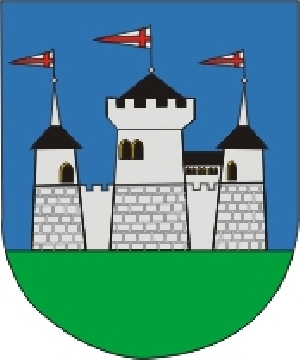 Myadel is the administrative center of the Myadel district of the Minsk region. The city is located 130 km from Minsk, surrounded by lakes Myadel, Myastro and Batorino, not far from the largest natural lake in the country - Naroch. Transport communication is well developed in Myadel, the P28 (Minsk-Molodechno-Naroch) and P86 (Bogushevsk-Senno-Lepel-Myadel) roads pass through it.

History of the development - Myadel

The exact time of appearance in this place of the city is not known, however, according to the legends, the settlement already existed in the XI century on the shore of the lake Myadel , from which the city got its name. This is confirmed by some archaeological finds on the islands of the lake. Perhaps it was here that the border fortress of the Polotsk Principality stood. According to the documents, it can be traced that in the 16th century the settlement became the center of the Myadel eldership of the Oshmiany povet, the Zemsky and Grodsky courts were also held there, which was more typical of the district centers. It is also worth noting that until the beginning of the 20th century, Myadel was divided into two parts: the Old and the New. The history of their development is different.

It is known that Old Myadel was part of the Vilnius Voivodeship, and its owners were Radziwills, Frantskevichi, Paradise and Grabkovskys. And in 1762, Magdeburg Law was granted a place. The second part - New Myadel has been mentioned since 1463. Here was the castle, the ruins of which survived to the present day, but it was often destroyed during wars with the Russian state. In this place, excavations were carried out, which showed that the castle was of a bastion type, and many household items, painted tiles and weapons were found on the territory.

After the Rzecz Pospolita sections, both parts of Myadel became part of the Russian Empire. In the 19th century about a thousand people lived in this area, there were Orthodox churches, there were a church, a synagogue, a Jewish prayer house, and there were also three shops and a brewery. Already in 1917, the Communists came here, and Soviet power was established, and a year later they created a volost committee and a Council of soldiers deputies. After the Riga Peace Treaty, which ended the Soviet-Polish War, these lands passed to Poland before 1939. The Great Patriotic War was a real tragedy: most of the locals died either at the front or in the ghetto.

Today, Myadel is a modern city, which is located in a popular tourist destination. The presence of several lakes around, attractions and developed infrastructure - all this favorably distinguishes Myadel from other populated areas. It is worth noting that there are various places for recreation and entertainment.

Tourists from Belarus and abroad often visit the city of Myadel : here you can settle down and rest comfortably on the beautiful lakes of the Minsk region. However, it is worth noting that this is not the only reason for popularity. In Mead, there are enough of own tourist sites that everyone should see. Also, the city is constantly developing, various events are held here, schools and a house of culture are working, which are the main educational centers.

One of the main attractions of the city is Castle Hill . Once upon a time Myadel castle was the main fortress, the walls were built of stone boulders and reliably protected the inhabitants. Most likely this building had a tower, which today is reflected on the city's coat of arms. In this place, modern scholars have conducted archaeological research, but the remnants of the foundation do not give today complete information for the restoration of the castle in its historical form. Also unique natural monuments are the lakes that surround Myadel from all sides. These include Myadel, Batorino and Myastro. On their territory there are small rivers and streams, and this is also the habitat of some rare species of animals and plants.

Religious monuments are presented first Church of Our Lady of the Shkaplernaya. His building was built in the Baroque style with rococo elements and it is of great value, since not a single temple has such a composition in Belarus. Another interesting place was Myadel Kalvariya . This place of worship of Catholics was created in the image of the road of Jesus in Jerusalem and is associated with a tragic legend. In Belarus, there are no analogues of this type of religious monuments. Other places worth visiting in Myadel are the Museum of People’s Glory, the monument to Maxim Tank and the memorable sign of the distance to the city of Minsk.

reveal all text
Where to go in the Myadel? All about restaurants, entertainment and other services

All individual and corporate tours in Myadel