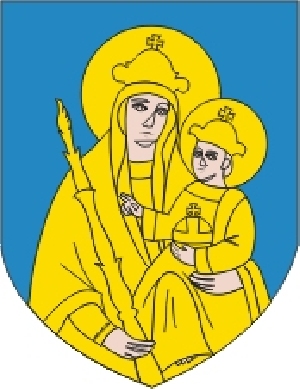 Byalynichy - administrative center of Byalynichy district of Mogilev region. The city is located on the river Drut at a distance of 35 km from Mogilev and 145 km from Minsk. The roads P77 (Shklov - Byalynichy) and P120 (Bykhov - Byalynichy) pass through the city.

History of the development - Belynichi

The earliest mention of Byalynichy dates back to the middle of XVI century, when the famous statesman and military leader of the Grand Duchy of Lithuania Leo Sapega acquired them. At the beginning of the XVII century in Byalynichy a church and largest in the territory of the Grand Duchy of Lithuania Carmelite Monastery were built. On October 4, 1634 by decree of the king and Grand Duke Vladislav Vaza Belynichy were granted Magdeburg Law, seal and emblem. In the XVII century wars between Russia and the Polish – Lithuanian Commonwealth were fought for the right of possession of Belynichi region. In the middle of the XVIII century K. T. Oginsky became the owner of Byalynichy Manor, who laid manor park, which is partially preserved to this day. In the XVIII century, thanks to its favorable geographical position, trade between Russia and the Polish – Lithuanian Commonwealth went through Byalynichy.

After the first partition of the Polish – Lithuanian Commonwealth in 1772 Byalynichy became part of the Russian Empire. In 1859 there was a major fire, due to which almost all the city buildings and the church burned down. In 1909 a library was opened in Byalynichy. In 1919 according to the decision of the I Congress of the CP(b)B, Byalynichy joined the BSSR, but soon, together with other territories of Eastern Belarus, were transferred to the RSFSR. In 1924 Byalynichy were returned to BSSR. On September 27, 1938 the settlement received the official status of an urban-type settlement. During the years of World War II from July 6, 1941 to June 29, 1944 Byalynichy were under German occupation. On December 19, 2016 the settlement was given the official status of the city.

Although Byalynichy has a rich history and played an important role in the life of the region, only a small amount of evidence of the city’s past grandeur has survived to this day. Many iconic places burned down during a fire in the middle of the XIX century, and in the 1960s Church of the Mother of God and the Carmelite Monastery were destroyed by the Soviet authorities. Thanks to the famous Belarusian-Polish artist Napoleon Orda, who in the second half of the XIX century immortalized the famous Carmelite monastery in one of his paintings, we can enjoy the greatness of the temple through the centuries. The main shrine of the former Carmelite convent - Belynichskaya icon of the Mother of God, were lost during the Great Patriotic War. In modern сhurch in honor of the icon of Our Lady of Belynichskaya copy of famous miraculous icon.

Brovar (now the building houses the Church of Christians of the Evangelical Faith), ordinary buildings of the late XIX - early XX centuries are preserved in Byalynichy. From the former Oginsky estate of XVIII century only a part of the former backyard park has been preserved.

Residents of the city keep the memory of Vitold Kaetanovich Belynitsky-Birula - a famous countryman, an outstanding Belarusian artist, whose paintings are known far beyond the borders of the republic. В Belynichi region art museum named after V.K. Belynichski-Birulia, in addition to paintings by the national artist of the BSSR and the RSFSR, works of Belarusian and foreign artists and sculptors are presented. The museum may also interest visitors with interesting items of weaving: bedspreads, tablecloths, towels with embroidery and lace, made by local folk craftsmen.

reveal all text
Where to go in the Belynichi? All about restaurants, entertainment and other services