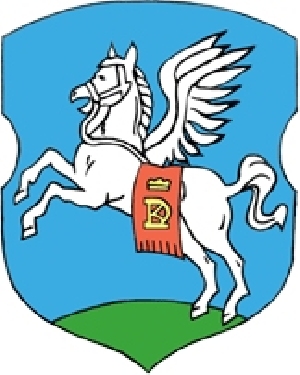 Slutsk is the administrative center of the Slutsk district of the Minsk region. The city is located 104 km south of Minsk, 30 km north of Soligorsk. A road of republican destination R23 (Minsk - Mikashevichi) passes through Slutsk, as well as a road P43 connecting Slutsk with Bobruisk and Kobrin.

History of the development - Slutsk

It is believed that the name of the city gave the river Sluch. According to scientists, the city was founded at the confluence of the river Bychok into the river Sluch by the Slavic Dregovich tribe. Slutsk was first mentioned in the «Tale of Bygone Years» in 1116 as one of the cities of the Turov principality. The independent specific center of the principality of Slutsk became in 1160, when the city passed to Vladimir Mstislavovich, the grandson of Vladimir Monomakh. Finally, the Slutsk principality was formed by the 90s XII century. In the first third of the 14th century, Slutsk became part of the Grand Duchy of Lithuania. In 1395, the heir to the Grand Duke of Lithuania Olgerd became the owner of the principality - Vladimir and his descendants Olelkovichi princes. Originally Olelkovichi did not consider the city as their patrimony, but sought to seize power in the Grand Duchy of Lithuania. However, after a series of unsuccessful attempts to get closer to the grand duke's throne, the family’s ambitions died down and Olelkovichi began to develop the Slutsk region, eventually turning it into one of the most advanced and wealthy cities in the state.

Thanks to the efforts of the Olelkovichs in 1441 Slutsk, the third of all the cities of the Grand Duchy of Lithuania, received the Magdeburg Law. A wooden Upper Castle, protected by a moat and an earthen rampart, is being erected in place of the Dytynets At the beginning of the XVI century. Slutsk for 20 years from 1502 to 1521 was repeatedly subjected to raids of the Crimean Tatars. The story of the princess Anastasia Slutskaya, who in 1506 led the defense of Slutsk and successfully repelled the attack of the Tatars, is widely known. In 1508, rebellious Prince Mikhail Glinsky, who was a longtime fan of Anastasia, attacked Slutsk. Having received a refusal, Glinsky decided by force to take the city and thus marry the princess. But his plans did not come true. Anastasia entered the history not only as the liberator of the Slutsk lands from the Crimean Tatars, but also as a city planner. In honor of the victory of the Slutsk warriors and as gratitude to God for salvation, she erected churches. In addition, it changed the layout of the city, moving the trade area to a new location - to the west from Detinets, across the river Bull. Anastasia left a developed and prosperous city as a legacy to her son Yuri.

Since the princes of Olelkovichi always professed Christianity according to the Byzantine model in 1606, the Orthodox brotherhood and brotherly school was founded in Slutsk. Princess Sofia Slutskaya, canonized Belarusian shrines is widely known. Sophia donated money and valuables to the clergy, as well as to the Slutsk Transfiguration Orthodox Brotherhood. She made pilgrimages to remote parishes of the Slutsk land.

After Sophia married Janusz Radziwill, ownership passed to one of the oldest and richest magnate families. The Radzivills, who became the masters of the city, built a powerful fortress in Slutsk, and the Upper and Lower Castles were rebuilt into palace complexes. In 1617 a Calvinist gymnasium was opened in the city. By the 1630-1640th years. Slutsk was turned into an impregnable fortress city, fortified with earthen ramparts, moats and bastions. It is worth noting the fact that the Radziwills owned the city only during 1612-1695. and 1744-1832 From the end of the XVII to the beginning of the XVIII centuries. Slutsk belonged to the princes of Neuburg.

During the Northern War (1700-1721), Russian Tsar Peter I visited Slutsk three times and the Swedish King Charles XII once visited Slutsk. Even then, as in 1744 Slutsk again became owned by the Radzivils, the magnates opened in the city, perhaps the most famous production in the Belarusian lands, the manufacture of Slutsk belts (1736). The manufactory existed until 1844 and throughout its history produced belts, silk bedspreads, tapestries and carpets. Slutsk has become the capital of weaving and textile industry. Under the Radziwills in 1751 a theater was opened which existed for 9 years. During this period, the city also created the first professional ballet.

As a result of the second section of the Polish-Lithuanian Commonwealth in 1793 Slutsk departs to the Russian Empire and becomes the center of the county of Minsk province. During the war of 1812 with Napoleon, Slutsk was occupied by French troops. In the XIX century. The appearance of the city and the architectural and planning structure have undergone significant changes. The old buildings of the city of the time of the Radziwills decayed and was dismantled. Also, the city gradually grew and, thus, long ago went beyond the walls of the former fortifications: the ditches were filled up, and the ramparts and bastions in most cases were razed. In addition, the road from Moscow and Warsaw passed through Slutsk. All these circumstances contributed to a change in the appearance of the city. The new quarterly development of Slutsk was completely subordinated to the road passing through the city and was strictly regular. According to the First Universal Census, which was conducted in the Russian Empire in 1897, the population of Slutsk was just over 14,000.

In the period from 1909 to 1915. In Slutsk, there was a regular bus service for the transport of passengers, and by 1915 a railway from Osipovich was built in the city. In the same year, the headquarters of the 2nd Army of the Western Front was located in the city. In March 1917, the Council of Workers and Soldiers Deputies was formed in Slutsk, and by the end of the year Soviet power was established. Until December 1918 the city was occupied by German troops, and after the Red Army. During the Soviet-Polish war (1919-1920), Slutsk was occupied by the Poles, who, during the retreat, looted and set fire to the city. The Slutsk uprising of the Belarusian Esser for the restoration of the Belarusian People’s Republic, which took place in November-December 1920, is widely known.

After the war, Slutsk was rebuilt. To date, the city has more than two dozen industrial enterprises, educational and cultural institutions are operating.

Despite the fact that today there is practically nothing left from the historical buildings of the old Slutsk, the city still has enough tourist potential. From cartographic and literary sources it is known that Slutsk was a fortress city. In the city park there is a preserved area on which defensive walls were located. Of genuine interest are the unique wooden church of St. Michael of the XVIII century, as well as the House of the Nobility Assembly is a monument of architecture of the XIX century in the style of classicism, which today houses the Slutsk Museum of Local Lore. The museum exposition tells about the history of Slutsk region from ancient times to modern times

At the end of the last century, a monument to Sophia Slutskaya, is a Belarusian saint, canonized in 1984 was erected in the city. The figure of Sophia stands against the backdrop of the arch, which symbolizes the Christian church. The most famous of the surviving sights of the city is one of the oldest educational institutions in Belarus the Slutsk gymnasium, founded in 1617 by Janusz Radziwill. The building of the gymnasium is a monument of architecture in the style of classicism.

Being in Slutsk it is necessary to visit the revived production of the Slutsk belts, located on the basis of the factory of artistic products. In addition to belts, the company produces woven, sewing, embroidery, napkins and tablecloths, bed and table linen, linen women's and men's clothing, as well as national clothing, decorative panels and walkways. On the territory of the factory, the Museum of the History of the Slutsk Belts is functioning. The museum exposition successively introduces the listener to historical events and personalities related to the 18th century Radziwill era and the Slutsk silk-weaving manufactory, where Slutsk belts were created - masterpieces of Belarusian decorative and applied art. Visitors can observe the process of creating the modern Slutsk belt, performed on the only loom in the world for the production of belts.

Slutsk is a small town, ideal for coming here on a day off and getting acquainted with all the key attractions of the place.

reveal all text
Where to go in the Slutsk? All about restaurants, entertainment and other services

All individual and corporate tours in Slutsk