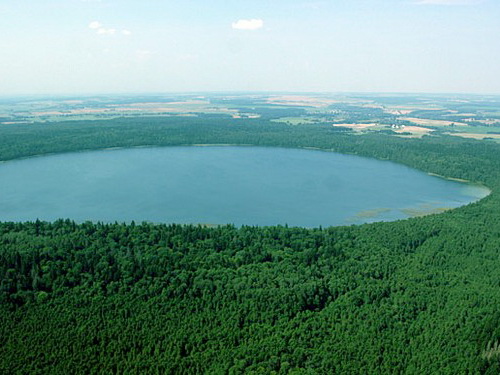 Once upon a time, on the site of Lake Svityaz, there was a city that belonged to knyaz Tugan, who was allied with Mindovg.

Once enemies attacked Novogrudok. Mindovg sent a messenger to the Svityazians, calling on to help the besieged Novogrudok. Knyaz Tugan and his retinue hurried to help, leaving women, children and old people in the city, including the beautiful daughter. At night, enemy troops attacked the city. The besieged residents of Svityazi understood that the gates of the city would collapse soon. Then an old man appeared before the knyaz’s daughter and said that he would turn the city into a lake, and people into flowers. Residents of the city set fire to the house, preferring death to captivity. And suddenly the earth opened up and turned into a lake, on the shores of which wonderful flowers grew, which are popularly called «kings».

All individual and corporate tours in Novogrudok