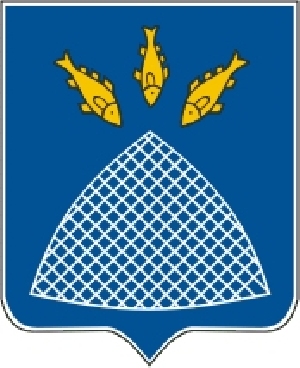 Pastavy - a city of regional subordination in the Vitebsk region. The city is located on the river Miadelka (Western Dvina basin) 245 km from Vitebsk and 160 km from Minsk. Motorways P27 (Braslav-Myadel), P110 (Glubokoe-Lyntupy) and the Krulevshchizna-Lyntupy railway pass through the city.

History of the development - Postavy

Postavy was first mentioned in 1409 in connection with the granting of Bratoshin Zenovich by order of the Grand Duke of Lithuania Vitovt the right of perpetual use of the territory. In 1522 Postavy is already mentioned as a private place in the possession of Despot-Zenovici, during which the wooden church of Holy Mother was built (rebuilt in 1760, has not survived to this day). During the Livonian War, the Grand Duke Stefan Batory sent from Postav rafts with artillery to Polotsk. By 1628, the town consisted of the central part, 2 suburbs and had 66 yards, in the center of the city there was a market. During the march of the Moscow troops to Vilna in 1655, the corps of Vasily Petrovich Sheremetev captured and burned Postavy. By 1692 the town was restored and there were already 142 courtyards in it.

In 1720, Postavy came into the possession of the Tizengauzen family. Under the auspices of Anthony Tizengauz, a tannery, paper and linen factories were organized in the town, production of belts was established, several mills were operating. In addition, he conducted a large-scale reconstruction of the town. On the southern outskirts of Postavy, on the left bank of the river Myadelka, they erected a palace with a park. In 1775, the castle court was transferred from Myadel to Postavy. In 1782-1785, the Tizengauz drama school transported from Grodno operated in the village. In 1791, Postavy received city status.

As a result, the second devision of the Polish-Lithuanian Commonwealth Postavy became part of the Russian Empire, where they became the center of the county, in 1796 the new authorities approved the city's coat of arms. However, soon the status of the settlement was lowered to the town. In the years 1814-1853 Postavy were in possession of K. Tizengauz, who founded the ornithological museum and art gallery here, where in 1840 there were more than 60 paintings. In the first half of the XIX century, there was a paper mill, 2 mills, a fulling factory, there were 111 yards; 7 fairs were held annually. In 1880, the estate passed into the possession of the Przaziedskys. In the years 1898-1904 in the town church of St. Anthony of Padua was built. In 1897, the railway station of the same name opened on the Karalevshchyn – Pabrode line.

During the First World War Postavy were on the front line. In 1921, the city became part of Poland, at that time there were 2 sawmills, a brick factory, a steam mill, a brewery, and a bakery in Postavy. The last owner of the estate in Pastavy was Konstantin Pshezdetsky. On September 18, 1939, the city was occupied by the Belorussian Front of the Red Army and Postavy became part of the BSSR. During World War II from July 6, 1941 to July 5, 1944, the city was under German occupation.

Currently, the historic center Postav represents a unique object for Belarus, as there is a complex of buildings from the XIXth century, among which the complex of buildings on the former Market Square, buildings on the streets of Sovetskaya, Krasnoarmeiskaya and a plot of natural landscape around the pond. In the historic part of the city on the banks of the river Miadelka there is also an orthodox St. Nicholas Church (erected in 1894), and on the other side is Church of St. Anthony of Padua (1898 — 1904), which is a single basal with a pentahedral apse.

At the end of the XVIII century near the bridge over the river Myadelka water mill was erected, adapted in the XIX century under the construction of industrial and economic purposes. Today Crafts House «Stary Mlyn» is located in it.

In the XIX century near the square by Anthony Tizengauz Tiesenhauz Palace was laid. The facades of the building are decorated with vertical blades, between which there are large windows. In 2006, a full-length monument to the ornithologist Konstantin Tizengauz was erected in front of the palace. Adjacent to the palace is the park of the XIXth century with canals and remnants of old linden alleys, exotic plants in decorative groups.

Since 1992, the International Festival of Folk Music «Ring dulcimer and accordion» has been held in Postavy.

reveal all text
Where to go in the Postavy? All about restaurants, entertainment and other services

All individual and corporate tours in Postavy