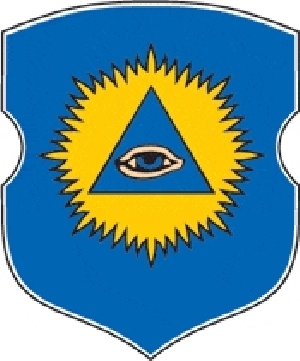 Braslav is the administrative center of the Braslav district of the Vitebsk region. The city is located on the north shore of one of the largest lakes in Belarus Drivyaty, in the center of the National Park «Braslav Lakes». The distance to the city of Vitebsk is 220 km, from the city of Minsk is 240 km, to the border with Latvia is 17 km. Braslav is connected by motor roads with Druya, Miory, Sharkovshina, Vidzy and Latvian Daugavpils.

History of the development - Braslav

The founding date of Braslav is considered to be 1065, as evidenced by the records in two historical chronicle sources The Bykhovts Chronicle and M. Stryjkovsky’s chronicle. According to one version, the name of the city is associated with the name of its founder, Prince of Polotsk Bryachislav Izyaslavich, grandson of Rogneda. According to another version, the name of the city comes from the Latvian «brasla», which means «ford».

However, Braslav is more ancient city: already in the IX century on this place there was a settlement of Latgals and Krivichi, which later became the center of the city. In the XIV century Braslav entered the Grand Duchy of Lithuania and belonged to Grand Duke Gediminas, and after his son Yavnut. From the XV century the city became the center of the Braslav povet of the Vilna province. Magdeburg Law Braslav received from Grand Duke Alexander on October 8, 1500, and later the right to self-government was enshrined in 1514. During the XVII-XVIII centuries. Braslav often suffered numerous military invasions, as a result of which the city was completely destroyed several times. From the engravings depicting the city and dating back to the beginning of XVII, it can be concluded that Braslav was a powerful fortification in the form of a castle, which was located on the top of a mountain. The ruins of this castle existed until the end of the XVIII century.

Despite the fact that the city received the Magdeburg right at the beginning of the 16th century, Braslav did not have its own coat of arms for a long time. The coat of arms was granted to the city on June 2, 1792 by the last king of the Commonwealth Stanislav Avgust Poniatovsky. Coat of arms of Braslav is an eye that is located in the center of the upward looking triangle, surrounded by sunlight. This image is a symbol of the divine omnipresent power or the Trinity. The eye symbolizes the constant observation of God over the life and deeds of people, the triangle means the triunity of God the Father, God the Son and the Holy Spirit. The sun of many nations since ancient times is a symbol of life and fire, with cleansing power.

As a result of the third section of the Polish-Lithuanian Commonwealth in 1795, Braslav became part of the Russian Empire. During the war of 1812 the city was occupied by French troops. At the beginning of the twentieth century, the population was about 1,500 people. There was a distillery in the city, a rural school and a hospital were located. Soviet power in Braslav was established in 1917. But already in 1918, the city was occupied first by German and then by Polish troops. According to the results of the Riga Peace Treaty of 1921, Braslav became part of Poland, where he remained until 1939. From September 1939, the city became part of the BSSR, and in 1940 became the center of the district. Braslav was occupied by the fascist invaders at the very beginning of the Great Patriotic War in June 27, 1941. Immediately after the city was captured by the German army, a Jewish ghetto was created, which was liquidated on June 3, 1942. About 2,000 people were destroyed in the ghetto. During the war, the city operated a communist underground. From the Nazi invaders, Braslav was liberated by the troops of the 1st Baltic Front on July 6, 1944 during the Siauliai operation.

The most active development of the city began after the Second World War. Today in Braslav there are several industrial enterprises, cultural and educational institutions.

Braslav, located in the center of the National Park «Braslav Lakes», surrounded by numerous picturesque water bodies, has always attracted many tourists. Every year, the Braslav region is visited by thousands of people who are attracted by the beauty of practically untouched nature, lakes rich in fish and historical sights. On the territory of the National Park «Braslav Lakes» there are about 45 species of mammals, more than 200 species of birds, 12 species of amphibians, 5 species of reptiles. Typical forest dwellers: elk, wild boar, roe deer, white hare and hare, wolf, fox, raccoon dog, otter, mink. Of the rare species listed in the Red Book of Belarus, the habitat of lynx, brown bear, and badger is noted.

The unique beauty of the nature of the national park is complemented by monuments of history, folk architecture and architecture: ancient settlements and zamchishcha, numerous temples, manors and elements of the decor of buildings, burial mounds and religious buildings. Archeological monuments are widely represented in the Braslav region, including the sites of ancient settlements and barrow burials in Braslav, as well as near the villages of Ahremovtsy, Ustye, Distant, Drisvyaty, Zvirbli, Opsa, which date back to the 7th century BC. and to the early Middle Ages.

The most famous attraction of Braslav is the Castle Hill, which is the ancient settlement, located in the heart of the city, on an isthmus between lakes Drivyaty and Novyata. This mound is one of the largest in Belarus. In the Middle Ages, a powerful defensive castle was located on the mountain, which, unfortunately, has not survived to this day. From Zamkova Hills, there are unique views of the Drivyaty and Novyaty lakes, as well as the Church of the Nativity of the Virgin Mary and the Assumption Church.

The Braslav church of the Nativity of the Virgin Mary was erected at the end of the XIX century in the neo-romanesque style. The temple holds the icon of the Virgin, especially revered by the locals, which, according to legend, survived the terrible fire of 1832, which occurred at the Basilian monastery on the island of Lake Nespish. In addition to the church, the ancient icons of the XVIII-XIX centuries are stored in the Orthodox Assumption Church is a monument of architecture of the retrospective-Russian style (1897)

New, but no less interesting attraction of Braslav is the Road of wish fulfillment, located in the coastal strip of Lake Drivyaty. The road is a restored section of the old bridge of the late XIX - early XX centuries. Once this road opened the entrance to Braslav.

In addition to numerous historical attractions in the city there are two museums. The local history museum acquaints visitors with a rich and interesting history of the Braslav region. The museum exhibits archaeological finds of the XI-XII centuries, as well as items of peasant life, weaving, weaving, woodcarving, etc.
The exposition of the Museum of Traditional Culture tells about the traditional home crafts that our ancestors were engaged in: weaving, wood carving, weaving, and pottery. During a tour of the museum, visitors can see with their own eyes a demonstration of weaving on krosna.

Recently, Braslav is not only going to have a relaxing and measured rest on the lakes, but also to hear their favorite artists and enjoy high-quality music at the already Viva Braslav festival. For the whole weekend, popular Belarusian and foreign performers perform on the shores of Lake Drivyaty; there is a food court and a tent camp. The unique atmosphere reigning on the largest open-air country attracts people from all over Belarus to Braslav from year to year.

reveal all text
Where to go in the Braslav? All about restaurants, entertainment and other services

All individual and corporate tours in Braslav