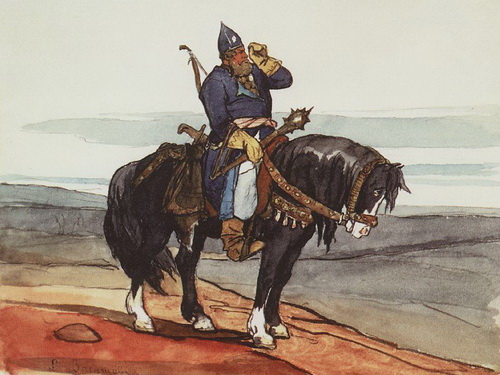 Between the Tatar end and the Perespensky bridge, near the Vilna postway, the famous heroic healer, nicknamed Menesk, once settled down and built a large stone mill on the Svisloch river right on seven wheels. No one saw Menesk himself, but in the surrounding areas of the Svisloch land one could hear the most fantastic stories about his power. It was said that in his mill flour did not flour from rye, but from stones, that at night there were shouts, hauls, songs, music and dances, that at midnight he traveled to his mill through villages and gathered a squad of brave, strong people, who later formed an entire population, and settled near the mill. Here the city was founded and named after the hero - Menesk - Mensk - Minsk.