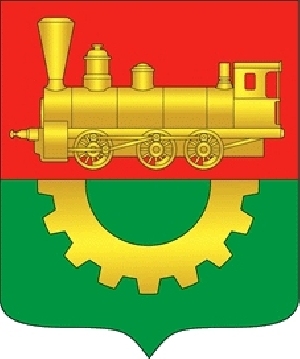 Baranovichi is the administrative center of the Baranovichi district of the Brest region. The city is located between the river Shchara and its tributary Myshanka, and is characterized by a very favorable geographical position. Baranovichi is a major railway and automobile hub. The international highway Brest - Moscow (M1) passes through the city, as well as the roads Kobrin - Ivatsevichi - Stolbtsy, Baranovichi - Slonim - Grodno, Baranovichi - Polonka - Slonim. There are two railway stations in the city: Baranavichy-Polessye and Baranavichy-Central. The Moscow-Brest, Vilnius-Luninets, Mogilyov-Volkovysk-Osipovichi railways pass through Baranavichy. The distance to the city of Minsk is 139 km, to the city of Brest is 193 km.

History of the development - Baranovichi

The first information about Baranovichi, which at that time was just a small village, dates from 1627. In the second half of the 17th century, a Jesuit Catholic mission was located in this area. In the second half of the XVIII century Baranovichy belonged to the Mosalskie and Neselovskie clans, and in the XIX century belonged to countess E.A. Rozvadovskaya. From a small village to a big city Baranovichy turned into chance. In 1871, a railway was built near the village, connecting Smolensk and Brest-Litovsk, and a locomotive depot was established. In the following years, the settlement quickly grew on the lands of the Baranavichy estate. In May 1884 he received the status of a small town and the name of Rozvadov by the name of the owner of the Rozvadovsky estate. In 1884, the Vilno-Rivne railway, which was part of the Polesia railway network, was completed. Stretching from north to south, it connected this area with the Baltic states and Ukraine and turned Baranovichy into a major railway junction. Soon, the Rozvadovo settlement was informally called the Old Baranovichi, and the settlement around the Polesky railway station was called the New Baranovichi. Pretty soon, two villages merged into one settlement - Baranovichy. According to the First All-Russian Census of 1897, 5135 people lived in the town. At the beginning of the twentieth century, the population was almost 9000 people. On the eve of the First World War, more than 30,000 people lived in Baranavichy.

During the First World War, from August 3, 1914 to August 8, 1915, the headquarters of the Supreme Commander of the Russian Imperial Army was located in Baranavichy. Emperor Nicholas II visited the bet ten times. After a major defeat from the German troops in 1915, the Russian army was forced to retreat - Baranovichy was occupied by the Germans. The following year, an unsuccessful attempt was made by the Russian troops near Baranovichy. Soviet power in Baranavichy was established on January 5, 1919. According to the results of the Riga Peace Treaty of 1921 between the RSFSR and Poland, Baranovichy became part of the Second Rzeczpospolita, where they remained until 1939, after which they became part of the BSSR. From December 4, 1939 became the regional center.

Baranovichy was occupied by the German fascist invaders on June 27, 1941. Almost immediately, a Jewish ghetto was organized in the city, into which about 30,000 people were driven from the city and its environs. The entire population of the ghetto was destroyed in 1942. Also, a camp for prisoners of war and civilians was located next to Baranovichy, in which, according to various estimates, more than 50,000 people were tortured. During the Great Patriotic War in Baranovichy there was an underground and an anti-fascist organization. The city was liberated from the Hitlerites on July 8, 1944 by the troops of the First Belorussian Front and the partisans of the Baranovichi and Minsk formations as part of the offensive operation «Bagration».

After the war, the active restoration of the destroyed city begins - factories, factories, cultural and educational institutions, and apartment buildings are being rebuilt. In 1954, the Baranavichy region as an administrative unit was liquidated, and the city was annexed to the Brest region. Already in the 1970s. About 100 000 people lived in Baranovichy.

Baranovichi is a large city in the south-west of Belarus, which has interesting sights. Belarus has always been a multinational and multi-religious country, therefore in Baranavichy, as in many cities of our country there are both Catholic and Orthodox churches. In addition, the city has preserved the building of a unique yeshiva is the Jewish educational institution «Torat hesed», which was founded in 1899. During the entire existence of the yeshiva, 6 graduates of this institution became the main rabbis in various countries of the world.

One of the most interesting sights of the city is the Church of the Exaltation of the Holy Cross, built in 1924 from wood. The church has incorporated the architectural features of the epochs of Gothic, Baroque and Classicism. The church of the same age is the Cathedral of the Intercession of the Holy Virgin is a monument of neoclassical architecture, built in 1924-1931. The interior of the cathedral includes seven mosaic compositions that were made in the years 1902-1911 in St. Petersburg for the Alexander Nevsky Cathedral in Warsaw. After the destruction of the Warsaw Cathedral in 1926-1927 mosaics were transported to Baranovichy.

In the vicinity of the Baranavichy-Polessye railway station, a steam engine monument of the Belarusian railroad was installed, representing a model of a steam locomotive, which was produced in the USSR from 1935 to 1957.
In the north-eastern outskirts of Baranovichy in the tract «Gai» there is a memorial, dedicated to Czechoslovak citizens who died at the hands of the Nazis. Three thousand Czechoslovak citizens were transported to the Baranavichy area and shot at the tract in June 1942. The memorial is a composition of two pillars, 12 m high each, resembling pillars of a concentration camp.

Today Baranovichy is a modern industrial and cultural district center. In the city there are several dozen enterprises, institutions of culture, sports and education. In Baranavichy there is a Museum of railway equipment, in which samples of trains and railway equipment from different years are collected. Also, not far from the city is located Lake Svityaz, repeatedly sung in ballads by the great poet Adam Mickiewicz is a native of the village of Zaosye, Baranovichi district.

reveal all text
Where to go in the Baranovichi? All about restaurants, entertainment and other services

All individual and corporate tours in Baranovichi